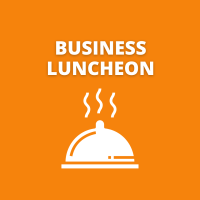 Commissioner Jim Gray  and New
Police Chief Eric Smith
Commissioner Jim Gray  - Commissioner Gray was elected to the Orlando City Commission on June 1, 2012. He has been a resident of Orlando since 1988. In addition to the his role as Commissioner, Jim is the Orlando Managing Director for CBRE, the largest commercial real estate services and investment firm in the world.
Each day he leverages his private sector philosophies to promote economic expansion and responsible growth. Commissioner Gray believes that quality, high-paying jobs for area residents typically translate into better schools, safer neighborhoods and increased home values. Oftentimes he is asked what is the key to achieving success in District 1 and each time he shares a simple formula “ Be a Good Neighbor.”

Police Chief Eric Smith -  33-year resident of Orlando, Smith will oversee the day-to-day operations of the department and serve as chief counsel to the Mayor in matters of public safety. During his tenure with the Orlando Police Department, Smith has worked in or supervised three of the four Department Bureaus and 10 of the Department’s 11 Divisions and has been a Deputy Chief for eight years.

Most recently he has served as the Bureau Commander for the Patrol Services Bureau, the largest section of OPD that is comprised of more than 500 sworn officers. He also serves as OPD’s High-Risk Incident Commander where he leads the SWAT Team, Crisis Negotiations Team, Emergency Response Team, Emergency Services Team, and the Crisis Intervention Team. In addition to his regular job assignments, Smith also served more than 19 years as member of the SWAT Team, including the position of Team Commander.

Smith is a graduate of the 269th Session of the FBI National Academy and has also completed the FBI Florida Executive Development Program. In addition to his role with OPD, Smith is actively involved in the community, including service on numerous boards, including YMCA of Central Florida, Valencia College Student Affairs, After-School All-Stars, United Against Poverty, Camaraderie Foundation and the Central Florida Boy Scouts of America.
Our monthly Business Luncheon Event Series has been designed to promote strong connections, provide B2B networking & business-matching opportunities, uplift & educate, and keep you “in the know” of the development of local government and community. We offer a professional, yet welcoming, atmosphere for you to gain the connections, tools, and experience to grow and maintain your business. 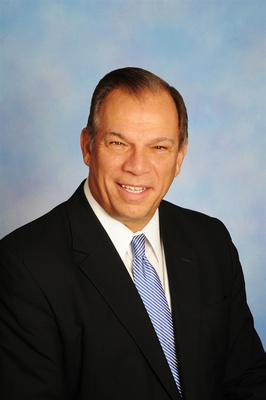